I have got this app for around a month now and it is one the best Social applications according to me.

It has both Facebook and Twitter integration which are the moat used used Social Networks by anybody on this World. It does not end here. It also has a Web Browser integrated which is also quite awesome.

It was recently updated and many new features were added. My favorite feature among this was the tabbed browsing. As i browse many websites side by side. That is why it is a very important feature for me. The tabs are not ordinary. They are just like the Safari ones.

This app has been made by friend Mike Dandy (@dandymike). And believe me it is one the best Social Apps you will ever find on the App Store or Cydia.

This app is available on Cydia on many repositories. So you won’t have a trouble finding it.

A must have from my side.

Display Out: Displays your iPhone, iPod Touch or iPad’s screen on an external display such as a TV (UPDATED FEATURES: Support for HDMI adapter).

Display Recorder: A high quality screen recorder for the iPhone, iPod Touch and iPad (UPDATED FEATURES: Experimental support for recording in H.264 on the iPhone 4 and iPad, live view support for the iPad).

You can take a look at Ryan Petrich’s tweet below..

iSocialNet is a great Cydia Application for all you social fanatics out there. This application is a browser for your iPhone that will be available on your springboard to launch. iSocialNet will give you the options to search the web, tweet on twitter and see your facebook NewsFeed all in one simple application. It also shows you the time, date This app is free from cydia in the ModMyi repo!

Well that took longer than any of us really expected. Mark today in your calendars folks, for this is the day iOS saw its first key logger to be released onto Cydia.

Giving those that believe jailbreaking is the work of the Devil yet more ammunition, the app allows a user to record all key presses on an iOS device’s on-screen keyboard. Perfect if you’re looking to steal passwords and the like.

Unimaginatively named Key Logger – iKeyGuard, the app costs a whopping $9.99 (available on BigBoss repository) and saves the input it intercepts into a text file that can be read by pointing Mobile Safari at http://localhost:4444.

We at Redmond Pie haven’t tried the app ourselves and really don’t see any good reason to give it a shot. It does though open up a can of worms when it comes to security. Could an unwitting iPhone user enter their bank details (amongst other things) only to find someone has installed iKeyGuard? Possibly, though that could happen to any computer too.

Hopefully this won’t be the beginning of a new rush to create malicious apps and tweaks for iOS devices.

If you’ve jailbroken your device for the first time this week (thanks to the iOS 4.3.1 untethered jailbreak being released), chances are that you may not know where to begin. There are thousands of neat things that you can do once jailbroken.

This post will cover just 6 of them, all of which I personally consider “must-have” tweaks for anybody who has recently joined the jailbreak scene.

One of the main reasons to jailbreak is to use custom iOS themes, which are all able to customize the way your copy of iOS looks, functions, and feels. The above theme is called “revi” by theme designer-extraordinaire “krs”. This theme will change nearly every UI element in iOS. It also includes several nice UISounds (lock, unlock, etc). It also features a weather widget for both your home screen and lock screen, which can be customized with your own location and wallpaper. Note: The missed calls/voicemail/mail/SMS/notification area that you see on the lock screen is “LockInfo”, which is discussed later on in this post.

SBSettings is a really simple and convenient way of turning certain functions of your phone on and off, such as 3G, Wi-Fi, location services, Bluetooth, and more. There are also a number of extra toggles available, such as brightness, notes, and more. SBSettings also has a settings application that has some extra features, such as hiding icons from your SpringBoard, disabling/enabling certain MobileSubstrate extensions, and a lot more. Lastly, SBSettings can be themed. With the number of SBSettings themes available, you’re likely to find something that suits your style.

Looking for an alternative to the built-in Folders feature of iOS? FolderEnhancer is your answer. With it, you’ll be able to put folders inside of folders, add pages to your folders, scroll through the icons in your folders vertically or horizontally, and more. My favorite feature is with the speed at which it opens your folders; opening folders is instant, no matter how many icons or folders that you may have in them. The actual opening animation is silky smooth as well, which with the stock folders in iOS, could be quite sluggish and choppy if you have a lot of apps in them.

Jailbreaking opens up the entire filesystem for your browsing pleasure. iFile is a simple and feature-packed way of doing so. It brings in features, such as opening a web server, sending files to other iDevices via Bluetooth, ZIPping up files and folders, and emailing files and folders. It also allows you to open files and edit them (.plist files, .txt files, etc). If you like tinkering with things, or if you just want to know how the filesystem of iOS works, then iFile is your answer.

Looking for an alternative to the default iOS notification system? Want to bring your various notifications to your lock screen to quickly view them while on-the-go? LockInfo is for you. It can show you your missed calls, new voicemail messages, new email message, text/picture messages, push notifications, and a lot more all on your lock screen OR on your home screen thanks to its InfoShade feature. InfoShade is basically a drop-down panel that contains the same information as on your lock screen, but can be accessed anywhere on your iDevice no matter what application you’re in. I have mine set so that, when I slide down on my status bar, it will bring up the panel. There are a number of extra plugins available, such as Twitter, weather, RSS, and some for various “to-do” apps.

Lastly, we have biteSMS, a full iOS Messages replacement that makes Messages what it should’ve been all along. The most notable feature is the ability to reply to text messages without leaving the app that you’re in. Once the usual new message pop-up comes up, you’ll have a number of options, one of which is reply. Tapping on reply will bring up the keyboard, and you’ll be able to reply to the message right then and there. You’ll have the option to make biteSMS the default app, use Messages as the default app, or use both at the same time.

YOU NEED TO BE JAILBROKEN FOR THIS.

I was seeing lots of people changing their fonts to some cool ones and some people to nasty ones. Well so I decided I will also do this. The app which helped me was BytaFont. It is a app made by iPhoneruler.net and is available for free on Cydia. It is compatible with iOS 4.

It is very cool app for those people who don’t like the default font of the iOS and want to change it.

Instructions.
1. Search for BytaFont in Cydia.
2.Click Install.
3.The app will be installed but it has no fonts that come with it. You need to download them separately.
4.Download a font which you like.
5.Once download is complete go into the app and click on the font.
6.It asks to respring.
7.Press yes and your font will be changed. 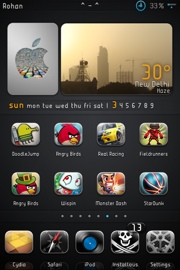 Finally the long awaited app is now live, Celeste is a new Cydia tweak which brings back the missing feature to your iPhone, iPod and iPad. It will allow you to send and receive songs, photos, contacts and more with any Bluetooth transfer-capable device. 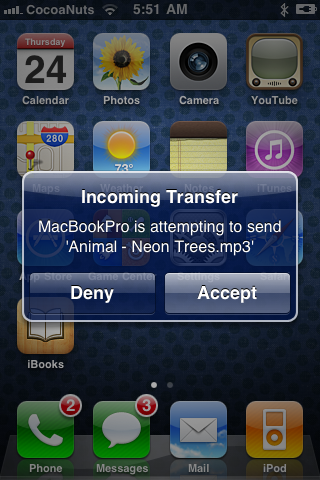 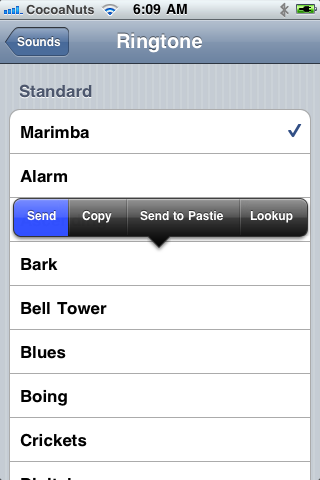 With zero configuration, Celeste integrates with a wide variety of apps – including Photos, iPod, Contacts, iBooks, Voice Memos, iFile, and Dropbox. Send and receive all your favorite and important files instantly after purchasing and installing Celeste!

Every purchase of Celeste gets you a free copy of Gremlin (a $1.99 value). Gremlin allows you to import received songs and videos into your ipod library, with full itunes-sync capability.

More over Celeste integrates perfectly with your built-in iOS applications. Just like magic. See it in action in the below video. 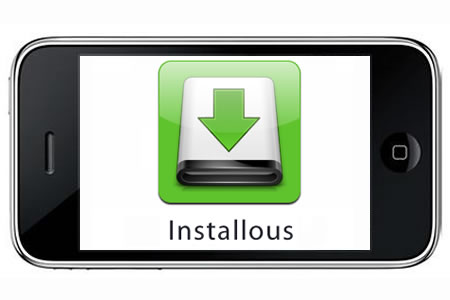 Your device must be jailbroken on iOS 4.3 so you can add http://cydia.hackulo.us as a source then search for Installous 4.3 and install it.

Disclaimer: Use it at your own risk. We cannot be held responsible if anything goes wrong. We also encourage you to BUY apps from the iTunes Store.

If you feel safe that your iPhone is secure because you set a password, this might make you a little nervous. Six minutes is all it will take an experienced hacker to break into your iPhone and get all your information. Watch a video of the process after the jump.

The Fraunhofer Institute for Secure Information Technology in Germany has published a report and posted a video on just what steps to take and how easy it is to break into your phone. What you need is to actually have the iPhone and needs to jailbroken first. After that the device is vulnerable to divulge all your information.

This has to be unsettling for Apple and its enterprise customers who have switched or are planning to switch to Apple products like the iPhone and iPad for corporate purposes. The security weakness would leave company passwords, confidential e-mails and private information in the hands of hackers. Mobile wiping is available for iPhones and iPads but Apple still needs to beef up its security.

Looking to save your Facebook photos or those of your friends directly on iPhone? FBPhotosave App is then for you. The upcoming Cydia tweak allows you to save the Facebook album pictures (at full quality) in your camera roll directly from the Facebook.app. Check out the video in action.

Simply install the FBPhotosave tweak and you’re done as it integrates directly with the native facebook application.