New Sim Case For iPhone 4 With Slide On Battery

Third Rail System introduced an amazing Slim protective Case for iPhone 4 with a slide-on Smart Battery which allows you also to add additional power if you run out of juice mid-day. Slim Case is being sold for $39.99.

Help keep your HTC Inspire 4G or Desire HD protected with the SPE Hard Shell Case while not sacrificing the slim look of your device!

This Hard Case from Smartphone Experts is designed specifically for the HTC Inspire 4G or Desire HD and has cut outs for all of the devices features while leaving the screen exposed for full functionality.

This guy has a contact at AT&T that will give you the official NCK-key unlock via Apple on iTunes. He’ll give you IMEI and model to submit then connect to iTunes after 24 hours and you’ll get unlocked iPhone 4. You can pay through PayPal, Western Union, Wire Transfer and etc.

In case you asking about it’s legality, it’s considered illegal due to having to call 112. We’ve received some confirmation that it successfully works. Also the well-known iPhone hacker Veeence has confirmed that it works on a new tweet today.

For those of you, locked to AT&T, @SuperPaddyNL provides an official factory unlock for 200USD

HTC on Friday reported first-quarter 2011 earnings highlighted by profit that handily beat analysts’ estimates. Tremendous demand for the company’s popular Android smartphones such as the EVO 4G and ThunderBolt helped HTC record a first-quarter profit of NT$14.83 billion ($511 million) compared to analyst expectations of NT$12.99 billion. HTC said its first-quarter revenue grew 174% to NT$104.2 billion, and analysts believe continued strong demand for Android devices will help HTC’s revenue grow up to 20% in the second quarter of this year. BGR on Thursday reported that HTC’s market capitalization, which recently surpassed that of Finnish phone giant Nokia, is expected to surpass NT$1 trillion this year, making HTC only the third company on the Taiwan Stock Exchange to reach the milestone. Share of HTC stock closed down 3.33% on Friday.

According to the Chinese parts reseller, iDealsChina, that iPhone 5 will hold two SIM cards to support dual phone lines. 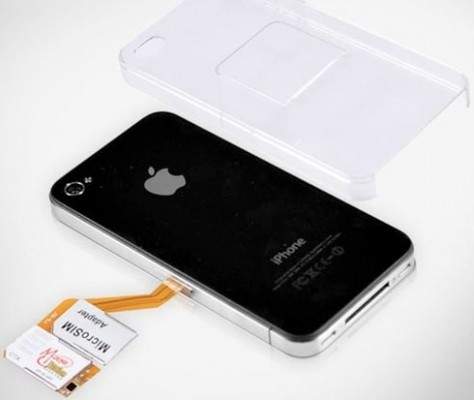 Earlier, it’s rumored that iPhone 5 will include a Qualcomm Gobi cellular / data chipset (as Verizon iPhone) which allows GSM and CDMA connections. May be this is what they mean? Dual Phone lines is highly requested option from users specially for those who have personal and business lines. what do you think?
[via 9to5mac]

Well, it looks like there’s always hopes! After almost everyone knew that there’s no iPhone 4 unlock in the coming days and it may take more months, MuscleNerd of the iPhone Dev Team is telling us about a new exploit (NCK) which was discovered few hours ago and expected to permanently unlock the iPhone 4 basebands. 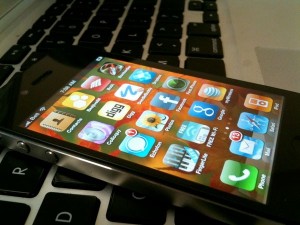 One of our Facebook fans demonstrated what’s the NCK exploit as:

New exploit has been discovered that might unlock iPhone 4 permanently! NCK unlock code is just 40 bits! if turns out to be true, it’s unexpected surprise for those w/vuln BB’s. All the data is there for 40-bit brute force!!

This new exploit is under work and is yet to be tested out. These news has been confirmed by the most popular iPhone hacker MuscleNerd and the well-known iPhone enthusiast Vincent on their Twitter accounts:

MuscleNerd: To those patiently ignoring all the chatter from “promises” we never made comes a jewel: NCK unlock code is just 40 bits!

MuscleNerd: (if turns out to be true, it’s unexpected surprise for those w/vuln BB’s. All the data is there for 40-bit brute force)

Veeence: The NCK @MuscleNerd is talking about is the code that allows to unlock the baseband.

Veeence: The exploit the got now gives you enough information to bruteforce crack your unique NCK key -> gives you an (official) permanent unlock.

Anyway, we hope this new exploit really succeed to unlock iPhone 4 and we hope from our readers to relax, wait and stop bothering and harassing hackers.

Apple fanatics at 9to5Mac have just published first screenshots of gesture based Android-style lockscreen for iOS devices that Apple is currently testing. This new lock screen has already been pushed internally for use in the employee ‘Apple Connect’ application.

To unlock the device, Apple employees have an access to 9 points which are divided into three columns on the screen. They just turn some of these points in a pre-defined pattern to unlock the device. However, there are reports that this extra layer of security will be made available to some of their internal applications which are being used by retail-store employees.

There is no evidence to suggest that Google patented Lockscreen will be adopted by iOS devices in public, but it is interesting to note that the buttons are slightly different from the current one. Will we have a change in interface in iOS 4.3 or probably iOS 5.0?

If you have a jailbroken iPhone, you can install AndroidLock Cydia app which is an android like lockscreen for your iDevice. Just Tap or slide to unlock. AndroidLock XT is compatible with LockCalendar, LockInfo and Cydgets and is available for $1.49 only.

Infamous hacker Geohot does not have exploit to unlock iPhone 4 on baseband 02.10.04 or03.10.01. George hotz confirmed on his blog to all his fans that Apple has closed the BB holes and he is using his iPhone 3GS instead.

I wish I had an iPhone unlock, the simple BB holes appear closed (my fuzzer comes up blank). In fact, I’m still using my 3GS cause I don’t have one

The statement from Geohot marks the end of long standing rumor about new iPhone unlock tool Rubysn0w. Geohot is already busy in fighting legally with Sony, so he may not get time to work on iPhone 4 unlock. But that isn’t stopping him from venturing deeper into Sony’s product line. He has recently voiced his intention to be the first person to root the Sony Ericsson Xperia Play.

Don’t get disheartened! iPhone Dev Team has already confirmed that they will release theupdated ultrasn0w tool once apple drops beta tag from iOS 4.3 firmware. We are sure, iPhone Dev Team will not eat their words. So, please be patient!

Tags: a, baseband, does, Exploit, for, geohot, have, iPodRohan, not, rohan sood, the, updated

Looking to save your Facebook photos or those of your friends directly on iPhone? FBPhotosave App is then for you. The upcoming Cydia tweak allows you to save the Facebook album pictures (at full quality) in your camera roll directly from the Facebook.app. Check out the video in action.

Simply install the FBPhotosave tweak and you’re done as it integrates directly with the native facebook application.