The Wi.U, Because Every Smartphone Deserves a Smart Charger

Chalk this one up to another interesting innovation involving Apple’s iPhone. We’ve shown you the 360-degree lens and the dual sim case, now let me introduce you to the Wi.U. It’s the smartest portable battery charger you’ve ever seen.

The Wi.U case pairs the iPhone with the battery charger through the device’s 30-pin connector. The charger has the ability to detect when your iPhone battery is getting low, and will automatically start charging it up…

The Wi.U case isn’t just your typical portable battery charger, it comes with its own iPhone application. With this app, you can set a date, time, or even a battery percentage that you want the device to kick on at.

We may never know. Like many of the innovative products we’ve featured, the Wi.U is a Kickstarter project. This means that the company behind the product is raising money through Kickstarter to start production of the smart charger.

They’re hoping to raise $20,000.00 by April 26th, otherwise the project does not get funded. At this time, only $3,550 has been pledged, so things certainly aren’t looking good. If you donate $100 or more, you’ll get your own Wi.U when/if they start production.

What do you think? Would you buy one?

Tapbot just lifted the veil on Tweetbot, the firm’s newest iOS  Twitterclient. We’ve been using the client for a bit now and it’s definitely pretty versatile; it supports multiple accounts, as well as multiple timelines. So when we wanted to quickly pull up a specific list, we just had to tap the “Timeline” title at the top to quickly switch. The app offers “smart gestures,” too, which means you can triple tap a tweet to reply or swipe a tweet from left to right to view messages you’ve exchanged with that person. As with most Twitter applications, you can post your location, share photos, videos, manage lists, and more. Tweetbot also includes push notifications with support for Boxcar. We like the fast user interface, but wish that it supported active links within the timeline. The app currently forces you to click a tweet and then launch an embedded link. Otherwise we’re pretty pleased with Tweetbot so far. It’s available for $2.99 in the iTunes App Store and is supported on the iPhone, iPad, and iPod touch. Hit the jump for a link.

With Nintendo bringing its 3D-equipped 3DS to market, the whole world is going 3D crazy. Umpteen Android devices from various manufacturers are also due to get the 3D treatment in the coming months, but according to AppleInsider, Apple has been looking at adding 3D photo taking capabilities to its hardware (iPhone/iPad) for some time now.

The US Patent and Trademark Office has made public a patent application from Cupertino that relate to the taking of photos in 3D. The patent, named ‘Systems and Methods for an Imaging System Using Multiple Image Sensors’ would use two rear-facing cameras to create a 3D image just as the 3DS does.

The difference here is in the way the photo is created. Apple’s solution would take a hardware-based approach to stitching together the two images taken by the twin cameras whereas current 3D-capable machines go for a software approach. Apple believes this can introduce unwanted artifacts which they believe a hardware solution would cure.

The guys over Engaget was able to get hands over the new thin iPad 2, they have noticed some speedier behavior when jumping around, the core OS remains unchanged. Now, feast your eyes on the galleries below. 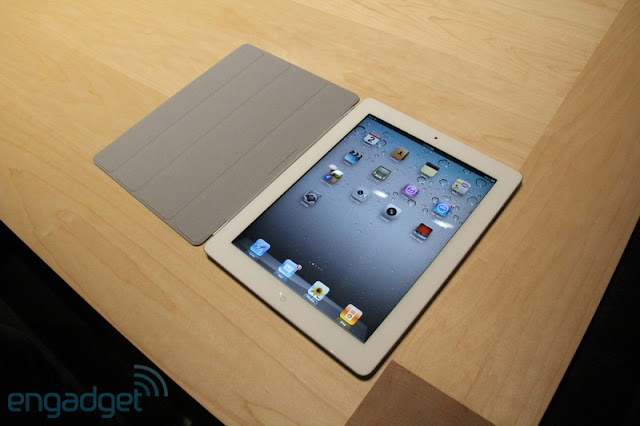 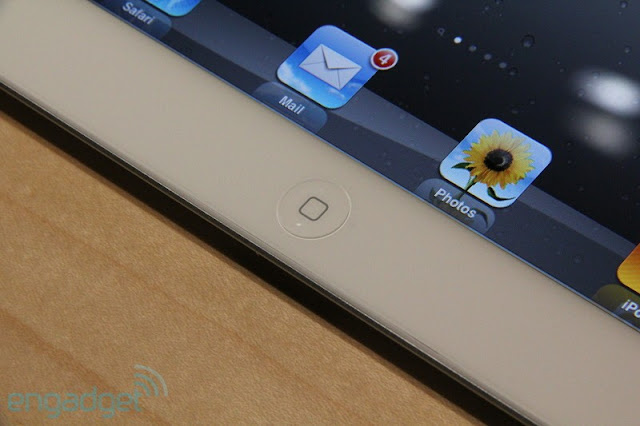 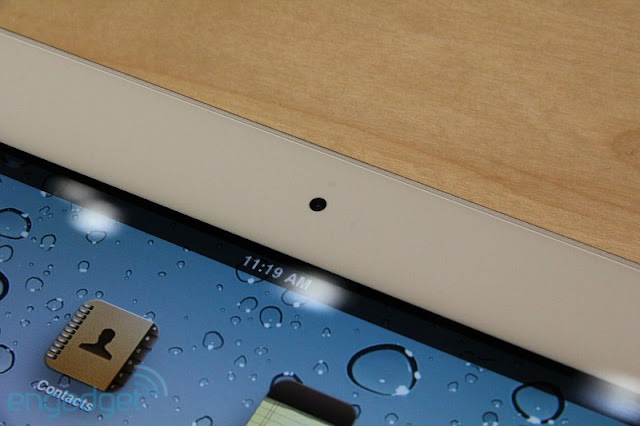 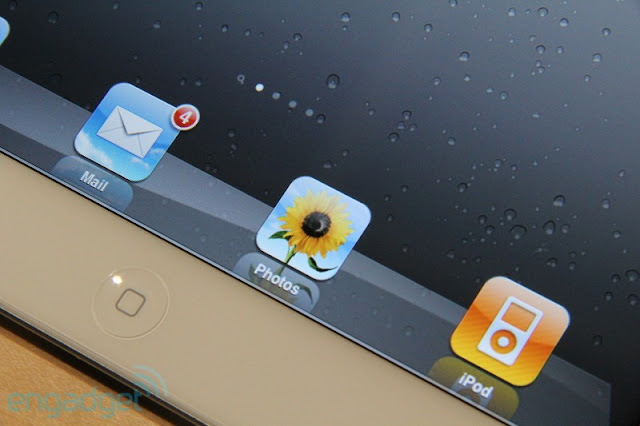 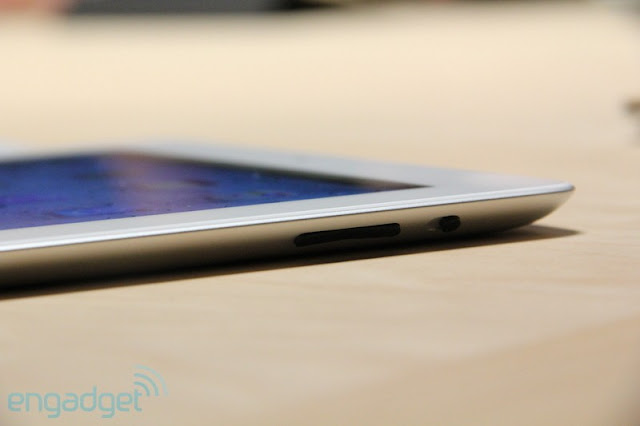 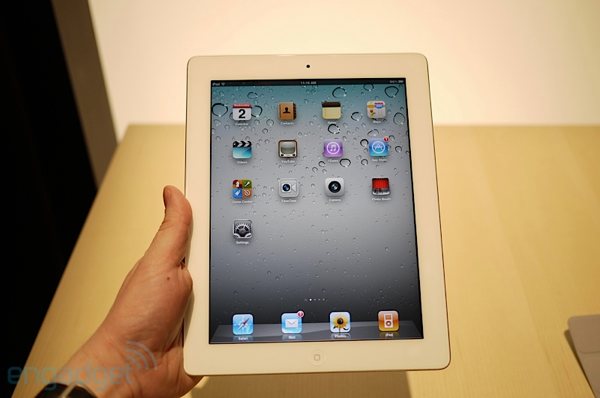 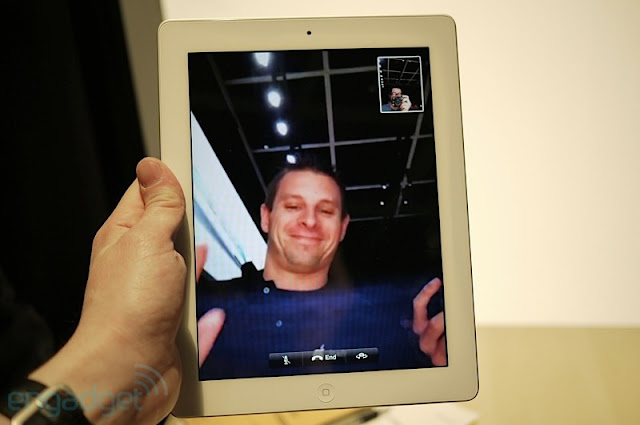 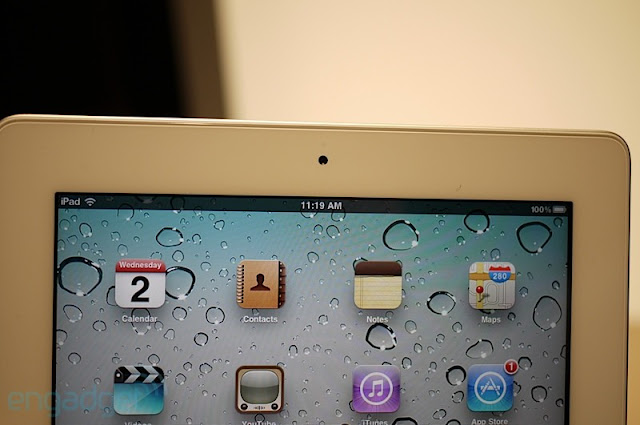 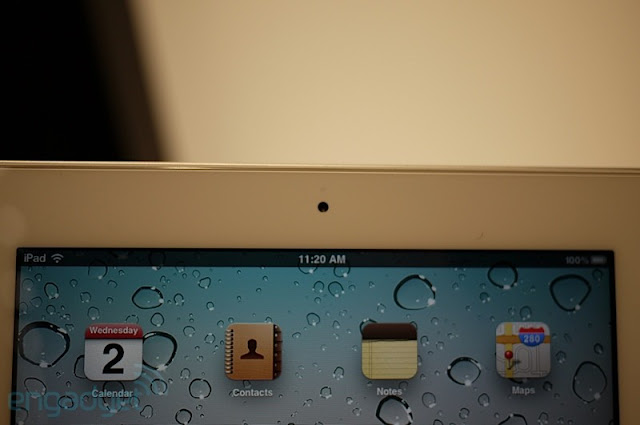 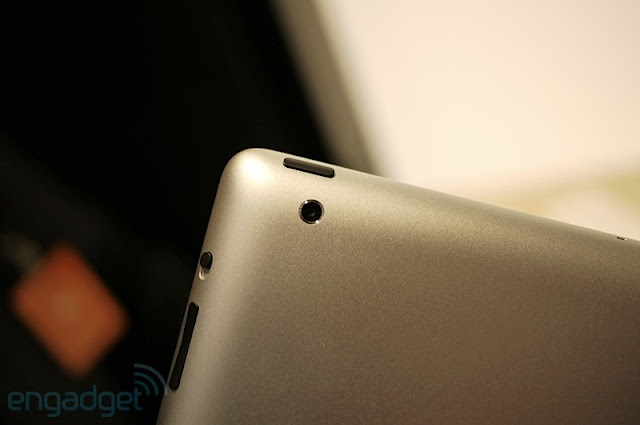 RIM’s much anticipated BlackBerry Storm 3 specs and details were leaked last month, but today is the first time a video of the device has surfaced. The video shows what appears to be a Verizon prototype with the company’s logo and theming.

The Storm 3 will feature the highest resolution display on a BlackBerry to-date and has a 3.7 inch 800 x 480 WVGA capacitive touchscreen, 1.2 GHz Snapdragon processor, and a 5MP camera capable of 720p HD video.

Previously we noted that the Storm 3 is set for a September 2011 release. But more recent news suggests that the device could ship to Verizon as early as summer.

LG’s Optimus 3D is expected to make its debut at the Mobile World Congress with an official announcement on February 14th. But right now the folks over at Pocket-lint got hold of a promo video just leaked giving us an enticing sneak peak of the device. Sporting a dual-lens 3D camera and glasses-free 3D screen, the Optimus 3D is touted in the video with phrases like “Finally, a smartphone that sees the world like we do” and “Entering a new dimension with LG Optimus.”

The video flaunts various angles of device–although a computer rendering–and shows off the slick design of the phone, focusing on the dual cameras of the back side. The hardware appears to be very similar to the LG Optimus 2X.

The video ends with the phrase, “No longer just an idea.” It’ll be interesting to see how well the Optimus 3D is capable of bringing the new dimension to users and how receptive the market really is to 3D.

Highlighting what made the device such a hit at CES, Motorola just released a promo video with full on uplifting soundtrack touting the unique capabilities of the Atrix 4G and the amazing possibilities to come. The video focuses on the Atrix 4G’s laptop and TV docks and demoes the user experience.

78% Of All Web Videos Encoded For iOS

But iPhone doesn’t play Flash based videos”, has been a statement I’ve heard for quite some time now when friends and family ask for advice choosing a new smartphone. What I advise them is always based on the individual and their needs. Sometimes I will steer them towards iOS, other times Android. The thing I always tell them is, don’t eliminate iOS simply because it lacks Flash support, as most web content is encoded to play on Apple Devices.

According to Encoding.com, a company that encodes approximately a million videos a month from all sorts of media conglomerates like MTV and PBS, nearly 78 percent of it’s customers encode their mobile video content to play on iOS devices. Only four percent specifically select Android encoding, while the last 18 percent being gobbled up by the 3GP format.

This is not to say that 78 percent of the video only works on iOS and not other platforms, what Encoding.com states is their customers specifically select iOS encoding, but don’t select Android. Videos will still play on the Android platform, but if a content provider specifically selects Android it will be optimized for that operating system. This is not a huge surprise as iOS is still default, but Encoding CEO Jeff Malkin predicts Android numbers will increase as it continues to gain market share.

The 1400 clients that Encoding.com is working for are pretty representative of the industry as a whole, ranging from individual websites, public relations and advertising firms to retailers and broadcast networks. Content providers like to see huge gains before they encode specifically for a device or platform, and as of right now, iOS is on top, but as noted Android is making quick gains.

An interesting side note, encoding on the web as whole, H.264 format is continually growing, while Windows Media has slipped to 1.2 percent of total encodes and is on the verge of extinction.

Based on these trends content providers are making a huge effort to optimize content for mobile devices, which should make the tech savvy readers of TechnoBuffalo extremely happy as more content will be optimized for your mobile lifestyle.

Skype for iPhone Gets Video Chat

Skype for iPhone has been just updated to v3.0. And Skype added one of the most awited feature to it “Video Calling”. It allows Video call feature over 3G or Wi-Fi to another iPhone or to a Skype desktop user.

– Make Skype to Skype video calls on Wi-Fi and 3G

– Recieve only video supported on iPad and iPod Touch 3G, with no camera

You can update the app directly from your iDevice or get it off iTunes. Tell me how you liked this update. Have Fun and Stay Tuned!!