iSocialNet is a great Cydia Application for all you social fanatics out there. This application is a browser for your iPhone that will be available on your springboard to launch. iSocialNet will give you the options to search the web, tweet on twitter and see your facebook NewsFeed all in one simple application. It also shows you the time, date This app is free from cydia in the ModMyi repo!

Sony Honeycomb tablet to hit US by end of summer 2011

Sony CEO Sir Howard Stringer has apparently confirmed that the company will launch an Android 3.0 Honeycomb tablet later in 2011. Bloomberg quotes Japan’s Nikkei as saying Stringer confirmed the slate would drop at the end of the summer, with the US targeted first.

Last we heard, Sony was readying an S1 PlayStation tablet with a 9.4-inch display, Tegra 2 processor and a distinctive curved “wrap” chassis. Gaming, ereader, computing and media streaming is all expected to be included; we’d also expect Sony to do some UI work on top of Android 3.0, too.

We’re having trouble finding the exact Nikkei report, though back in January the paper claimed Stringer was aiming to take the number two spot in tablets, after Apple, by the end of 2012. The CEO suggested Sony’s lengthy development period was so that the slate could be sufficiently differentiated from other Android tablets, and hinted that 3D was a possibility.

According to Wired, a federal magistrate said Sony may subpoena the PayPal account of the well-known PlayStation 3 hacker George Hots (aka Geohot). This came two weeks after Sony got the permission to track all IP addresses for anyone visited Geohot.com from January of 2009 onward. 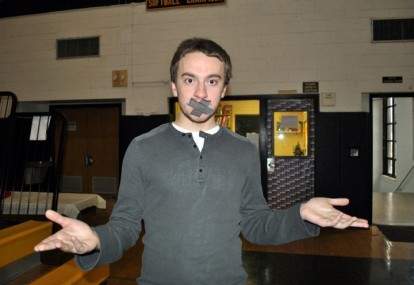 The latest development allows the Japanese console maker to acquire “documents sufficientto identify the source of funds (.pdf) in California that went into any PayPal account associated with geohot@gmail.com for the period of January 1, 2009, to February 1, 2011,” Spero ruled.

Regarding the PayPal account, Sony claims Hotz has accepted monetary donations for the hack from people residing in Northern California — an argument that, if true, might make San Francisco a proper venue for the litigation.

Steve Jobs on the Stage on the iPad 2 Media Event

Some good news at the beginning of the Media Event, Steve Jobs is talking currently on stage, presenting Apple’s special event at Yerba Buena Center in San Francisco. 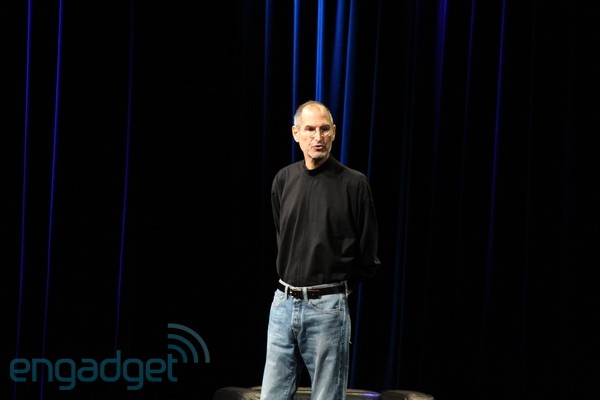 really I like to see the presentation of this guy, he is very talanted and attractive. It’s expected to see some surprises in few minutes, stay tuned

According to Engaget, an “engineering issues” have led Apple to make last-minute design changes to iPad 2, these changes will cause to launch iPad 2 which scheduled to see the light by March 2nd without a Retina Display 😦

What’s the cause of the switch? Well our sources weren’t crystal clear on the exact reasons, but the gist of what was explained to us centered around vague “engineering issues” which may have forced some changes at the eleventh hour. It’s worth noting once again that these sources have been dead right on specific Apple plans and specifications for unannounced products in the past, and we have no reason to believe these changes are due to anything more than legitimate engineering decisions made close to launch.

According to the floating rumors, it’s expected to see a thinner iPad, 512MB RAM, more powerful CPU with A5 processor, front camera and more. In the same event, it’s rumored to see a preview for iOS 5 for iPhone, iPod touch and iPad, and releasing for iOS 4.3 GM (Gold Master).

Infamous hacker Geohot does not have exploit to unlock iPhone 4 on baseband 02.10.04 or03.10.01. George hotz confirmed on his blog to all his fans that Apple has closed the BB holes and he is using his iPhone 3GS instead.

I wish I had an iPhone unlock, the simple BB holes appear closed (my fuzzer comes up blank). In fact, I’m still using my 3GS cause I don’t have one

The statement from Geohot marks the end of long standing rumor about new iPhone unlock tool Rubysn0w. Geohot is already busy in fighting legally with Sony, so he may not get time to work on iPhone 4 unlock. But that isn’t stopping him from venturing deeper into Sony’s product line. He has recently voiced his intention to be the first person to root the Sony Ericsson Xperia Play.

Don’t get disheartened! iPhone Dev Team has already confirmed that they will release theupdated ultrasn0w tool once apple drops beta tag from iOS 4.3 firmware. We are sure, iPhone Dev Team will not eat their words. So, please be patient!

Tags: a, baseband, does, Exploit, for, geohot, have, iPodRohan, not, rohan sood, the, updated

Google 20,000 Leagues Under the Sea doodle is best yet

Google has set the bar pretty high with its homepage doodles – the search giant’s playable Pac-Man logo remains one of our favorites – but today’s Jules Verne example is perhaps the best yet. Celebrating Verne’s 183rd birthday, the Google logo has been transformed into viewing windows from the Nautilus, from the author’s famous 20,000 Leagues Under the Sea.

Best of all, by moving the lever on the right hand side, you can navigate under water and explore fish and even locate a giant squid. If you’re browsing on a device with an accelerometer (and using a recent version of Chrome or Firefox) then you can eschew the lever and simply tilt to navigate instead.

It’s all been built in CSS3 and looks incredible; even the tiny gauges on the left respond as you’d expect them to. If you’re interested in reading 20,000 Leagues then you can find it here.

HOW TO: Enable The Animated Bootlogo In Greenpois0n RC5_2

A few hours ago, Chronic DevTeam released Greenpois0n RC5 which allows us to apply an untethered jailbreak to our iOS devices running iOS 4.2.1 ( and iOS 4.1.1 ). The software was pretty buggy, so a couple of hours later they released a new update, RC5_2, which should fix all the issues but there’s one thing missing: the custom animated bootlogo. In this tutorial we’re going to show you how to enabled it.

NOTE: To apply our own custom animated bootlogos we will need an additional Cydia application which is not available at the moment. We will keep you informed. Stay tuned…

NOTE: Here’s a preview of the custom animated bootlogo in action. ( don’t mind the verbose boot )
1. Jailbreak iOS 4.2.1 ( greenpois0n tutorial )
2. Download file
3. SSH into your device, browse to /usr/bin/ and copy the file
NOTE: To SSH, we’re using Transmit. But the most popular (and free) SFTP clients are Cyberduck(Mac) and WinSCP (Windows)

4. Change the permissions of the file to 755

Tags: Animated, Bootlogo, enable, Greenpois0n RC5_2, how to, in, iPodRohan, rohan sood, the

The Motorola Atrix packs the dual-core power of a computer into a slender handset package. Moto made much of the laptop and TV docks, but both of those (admittedly nifty) peripheral products merely underscore the sad truth. On its own, the Atrix is a caged lion.

The 4″ display candy-bar form-factor has its limitations. There’s only so much you can do with a device like that before adding in peripherals. This new concept phone from Yanko designer Lin Jian Feng may be able to squeeze a big shot of additional power into the handset.

It has a medium-sized plastic bezel/body that detaches from the screen and slides out to reveal two halves of a keyboard, complete with a rolling-ball mouse and a left/right/middle mouse button key. The display will also be able to fold up out of the body, using it as a base to allow for more comfortable extended viewing.

MIDs are supposed to be a dead platform, but I’d buy the hell out of any smartphone that was a freaking Transformer. Every other gadget nerd raised on cartoons would be compelled to do the same. Lin Jian Feng is a genius.

Motorola has published a new teaser for the Motorola XOOM. Supposedly a teaser for the Super Bowl ad this Sunday, the minute clip features Motorola stating that it’s time to break free from control from a single manufacturer, this is 2011 not 1984.

The ad, of course, is heavily targeting the iPad. Boasting the XOOMs impressive specs, we can tell that it’s “out of this world.”

Let’s all just hope the advertisement that airs on Sunday is a lot more impressive than scrolling specs through space.

What do you think of the teaser? Super Bowl quality?